Let us introduce a few episodes that represents epochs in the history of Shorinji Kempo.

Doshin So was deeply concerned about Japan immediately after the end of the World War II in 1945. How should the Japan reconstruct its land and its people’s hearts that had been devastated by the war? Isn’t there anything I can do?

After long meditations, Doshin So realized that it would be young people who have received proper educations that can build the future of Japan. Based on this realization, Doshin So started preaching on the ideal figure of a nation and moral principles for people to the youths. But young people did not show as much interest in Doshin So’s activities, which only contained lectures, as he had expected.

Doshin So was agonized. It was during this agonizing period that he had a revelation inspired by a dream he had one night. In this dream, Bodhidharma appeared but went away as Doshin So tried to run up to him, showing his back. Waking up from this dream, Doshin So recalled a mural that he had once seen in China. The mural portrayed monks who were practicing the lessons that Bodhidharma was believed to have invented. It depicted Indian and Chinese monks who were practicing boxing tricks merrily in pairs.

This dream made Doshin So realize that spiritual education would not be enough to train the youths who were going to build the future of the country. It was on this realization that Doshin So organized Oriental martial arts he had mastered into an easier-to-understand system and invented Shorinji Kempo, an educational method of the unity between body and mind that allows students to receive spiritual education while they are trained in martial arts. It was in 1947 and Doshin So was 36 years old at that time.

Love of Home Land Is Not Confined to Japan. This Love Will Also Contribute to the World Peace.

Shorinji Kempo that Doshin So invented enticed young people’s minds because of its uniqueness and it spread all over Japan in a short period of time of only ten years. Within 20 years of its founding, Shorinji Kempo began to be taught overseas, too.

One’s concern about the future of his/her country is universal. The conviction that education of young people, who are going to shoulder the future of the country, is imperative is also universally shared. Young people who share and sympathize with Doshin So’s conviction learn Shorinji Kempo and scatter to all over the world.

Since 1985 a World Taikai is convened every four years. For Shorinji Kempo, World Taikai is not a mere international competition. It is also a festive occasion when Shorinji Kempo instructors, who are engaged in educational activities all over the world, get together and devote themselves to their further studies for the next four years as well as regain their

Everyone Waves the Banner of So-En, Symbol of Harmony

Shorinji Kempo’s symbol mark is made of two overlapped circles (So-En) surrounded by shields, symbols of unity among comrades, on four corners. This symbol mark was officially adopted as a universal mark of Shorinji Kempo in 2005 along with the original logo mark.

Shorinji Kempo’s symbol mark and logo symbolize the truth we believe in, i.e. different elements get together, help each other, and harmonize with each other to form the world. It is to guarantee the standard of all the activities conducted under the banner of this symbol mark.

Only organizations and instructors that pass the inspection by the WSKO headquarters are allowed to use Shorinji Kempo’s symbol mark and logo.

One symbol of Shorinji Kempo founder Doshin So’s foresight is the presence of its own unique curriculum from the outset. In the world of martial arts in those days (1940s), it was a common practice to pass on tricks orally from one generation to the next. Although printing something in those days was costly and, therefore, not very popular, Doshin So printed the curriculum that he had prepared and circulated them among kenshi.

The curriculum that Doshin So had laid down has been repeatedly improved and inherited till today. It has been translated to the language of the country Shorinji Kempo is taught, for which a same lesson is given to students in any country in the world.

Shorinji Kempo’s curriculum is so organized that students can start with the basics and easier lessons and move on to more difficult ones step-by-step. At each transition, students are allowed to take a grading examination.

Grading standards and qualifications for examiners are identical across nations and the examination results are under the uniform management of WSKO headquarters in Japan. Therefore, the qualification a member acquires is valid wherever he/she goes in the world.

Those who pass grading examinations are granted with kyu certificate and dan certificate by Shike who has inherited the tradition of Shorinji Kempo started by Doshin So. 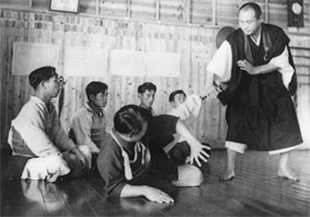 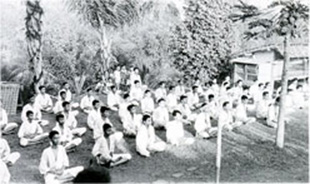 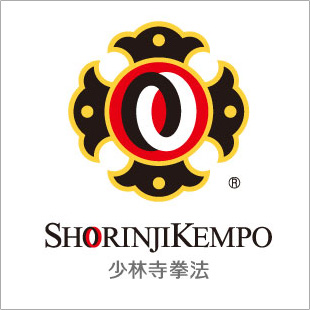 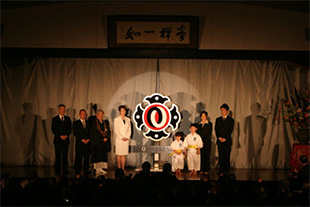 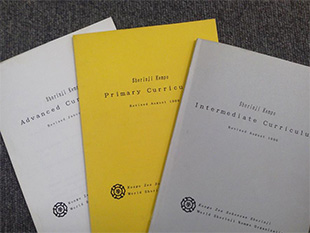 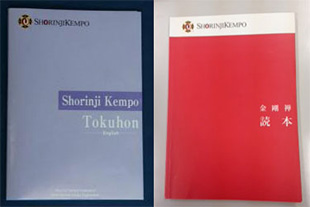 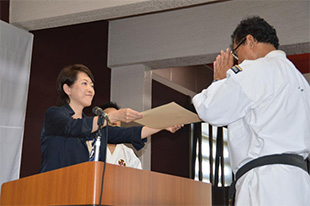