The Japanese Immersion Camp 2015 in Seattle

The high school in Seattle area holds the Japanese immersion camp for two days during the weekend in spring season.   This year it was March 21 at Chief Sealth International High School in the West Seattle.

First, I explained the courtesy before they experience Chinkon-gyo.  You may find the students attitude change in photos before and after this lecture… All of them are good students and serious about the Japanese culture.

Then, we practiced the basic forms by sole after I explained the uniqueness of Shorinji Kempo techniques comparing Goho, Jyuho and Seiho to teeth, lips and tongue.  The forms we worked out together were meuchi, kintekigeri, shitauke for goho, kotenuki for jyuho and nokatsu for seiho.

For a new kenshi, I always ask what they do if they cannot find a paper towel in a restroom.  Everyone shows to shakes her/his hands.  Yes, it is the secret of meuchi !  Everyone needs to relax the whole arms including her/his fingers and wrists.

To understand one of the characteristics of Shorinji Kempo, they also practiced goho pairing with others.  They stroke the opponent stomach with meuchi and the partner practiced shitauke.  Of course, they need their partners for jyuho practice.

As one of safe seiho experience, I also showed nokatsu at noko（脳戸）, hyakue（百絵） and tenchu （天柱）so that they can refresh themselves after they study hard.

Finally, with a loud kiai, all of them tried tenchiken da iichi（天地拳第一）together.

I believe that everyone could enjoy Shorinji Kempo workshop in 1hour30min., and they became more fan of Japan.  I also hope some of them will join in Shorinji Kempo as kenshi in the future or remember mutual respect through this workshop. 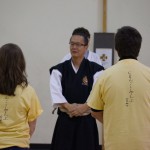 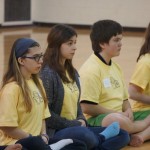 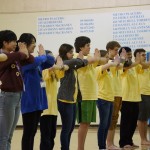 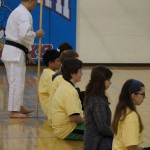 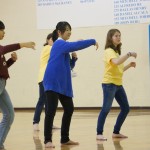 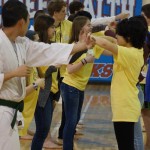 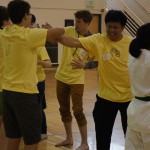 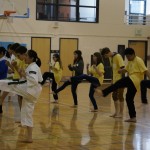 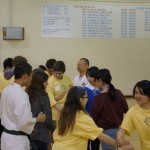 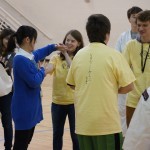 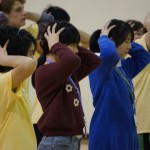 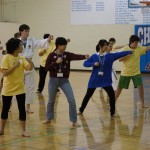 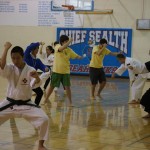 The 25th Portuguese Taikai gathered 150 Kenshi from seven branches, with childrens class being the most popular. In this ages only (who participated in the morning), almost 100 small Kenshi participated in Kumi Embu, Solo Embu or Group Embu, in a new record of participation from the younger classes.

The event organized by the Portuguese Shorinji Kempo Federation took place at Olivais Branch sports hall, belonging to ‘Externato João XXIII’, a private school in East Lisbon City, who has been an important partner of the Portuguese Federation for some time.

The public showed their interest for the childrens presentations and around 400 people (!) assisted happily in the morning session to tiny Kenshi from 4 years old, to more experienced youngers already Yudansha.

The audience and children were also very enthusiastic and vibrating with higher rank instructors presentations like: José Araújo Sensei (who was “thrown” to tatami by Martim Silva a four year old “tough” Kenshi…), Nuno Albuquerque Sensei (Group Embu and Waza with two of his assistants, Ivan and João), Joaquim Pereira Sensei (Randori with instructor Mr. Bruno Santos), Cristina Carriço Sensei and Carlos Henriques Sensei (with one of their high level Kumi Embu), among other instructors like Mr. José Ferreira, Mr. Sérgio Gaspar and a large group of Kenshi (from Paulo Silva Sensei).

The spirit was very high and strong among all Portuguese Federation branch masters (from Aljustrel, Carcavelos, Lisboa, Olivais, Oriental, Rato and Sintra), their Kenshi and families (who are extremely important with their support to Kenshi and teachers).

The unity among the leaders and all Yudansha of the Portuguese Federation is now better than ever, in order to continue to build a strong Shorinji Kempo in Portugal; and we hope to have a memorable year of 2015. Gassho! 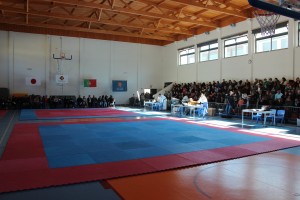 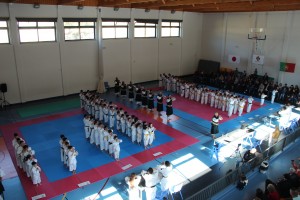 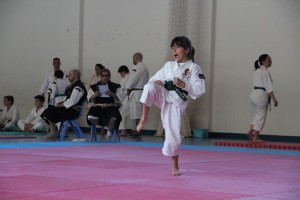 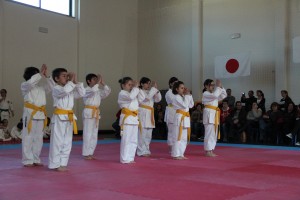 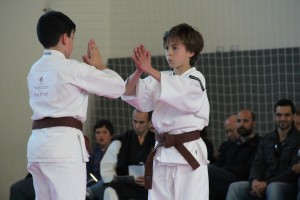 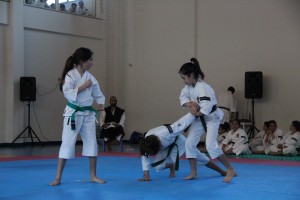 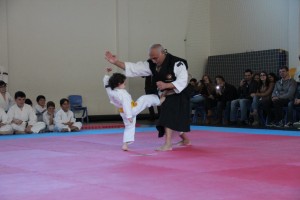 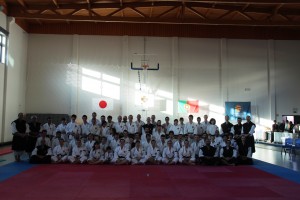