‘Sagrado Corazón’ High School from Malaga organized  the annual cultural week in their facilities. In this occasion, Kenshi Fernando Diaz planned a Shorinji Kempo exhibition for students from this high school with the help of others Kenshins like Francisco Muñoz, Almudena Meléndez, Manuel Zapata, Rafael Morilla and Felix Pastor.
21 students, among 13 and 16 years old, attended this event and due to the interest paid by students, there were 10 students that they couldn’t attended because space limitations of the practice room
They started speaking about the origin, goals and training of SK and the differences between Goho and Juho. Then, they explained the base and main features of the embu competition and they performed two different Embu exhibitions  by Almudena Meléndez , Manolo Zapata, Francisco Muñoz and the own organizer of the exhibition, Fernando Diaz.
To conclude, Fernando Diaz managed a small practice lesson for all the young students to show them this beatiful and complex martial art. 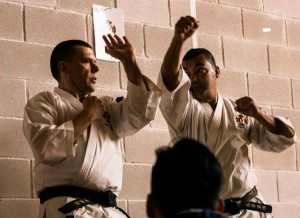 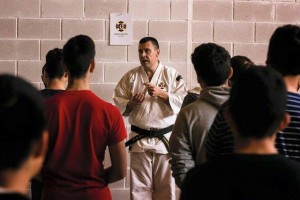 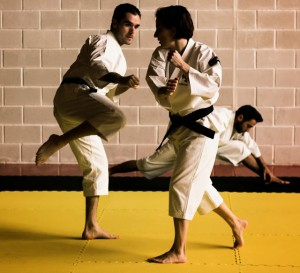 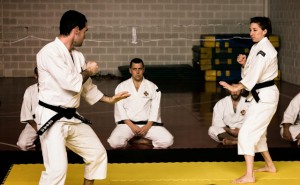 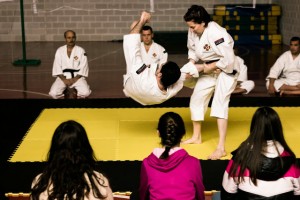 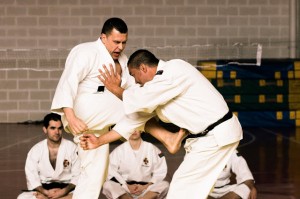 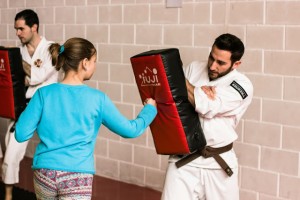 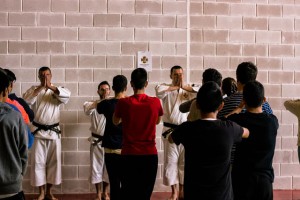 From 28 February to 2 March the annual UK Federation University Branch Gasshuku was held in Edinburgh, Scotland.
It was wonderful to see so many kenshi coming to the event from the University Branches: Durham, Edinburgh, Oxford, Southampton and St Georges. This Gasshuku
is always a happy and exciting event but this year it was even more special as there were special guests from Japan: WSKO President, Ms Yuuki So, WSKO Deputy
Secretary General Mr Kazusumi Ohara, and WSKO staff Mr Akira Kato. Ms So, Mr Ohara and Mr Kato flew straight on up to Edinburgh from London Heathrow to support the event. All participants were very grateful for them adding this event to their very busy schedule.
Alongside UBG Instructors Mr Steve Williams (UK Federation President) and Mr James Woodward (UK Federation Secretary General), Mr Paul Barnes (UK Federation Treasurer) and Mr Chris Lloyd (Oxford University Branch Master) travelled to assist with teaching kenshi. Mr Lloyd also provided excellent photographs of the event (shown below)!
On Saturday morning, Ms Yuuki So spoke to kenshi about the importance of the philosophy of Shorinji Kempo. It was clear that both kenshi and sensei appreciated seeing WSKO President an hearing her informative and engaging talk. Technical training was enjoyed by kenshi who were very happy to have the opportunity to practice together and learn embu techniques. Mr Steve Williams asked kenshi why they had started Shorinji Kempo and why they still do. Mr Williams emphasised the importance of making friends and helping each other and that he now has close friends that he would not have had other than for Shorinji Kempo.
In the evening there was a party and all the kenshi enjoyed singing to karaoke. Ms Yuuki So, Mr Ohara and Mr Kato came along and were very happy to be at the party.
Mr Kato showed his karaoke skill and sang with Mr Woodward and Mr Williams. Many kenshi joined in and it was most enjoyable.
On Sunday the gasskuku continued with emphasis on randori and an embu competition with all kenshi participating. Mr Steve Williams taught students that randori was a very enjoyable part of Shorinji Kempo and there were many smiles as kenshi trained together.
Event organiser, Dr David Lewis (Edinburgh Branch Instructor) added:
“Edinburgh branch were honoured to host the 2014 UKSKF University Branch Gasshuku, and to welcome instructors and kenshi from across the United Kingdom. We were also honoured to receive a visit from Shike (WSKO President), Ms. So. We had two excellent days of instruction, and forged new bonds of friendship between UK university kenshi. We would like to thank the UK instructors and kenshi, as well as our distinguished guests from Japan, for coming together to make the event a success.”
It was a memorable weekend and as the kenshi went to have a drink together to say goodbye to those traveling southwards, I heard a kenshi say to her new friend, “I am looking forward to the University Branch Gasshuku next year!” 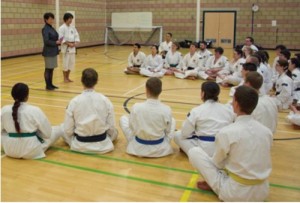 WSKO President Yuuki So speaks to kenshi about the importance of Shorinji Kempo philosophy. 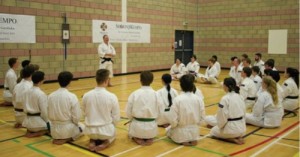 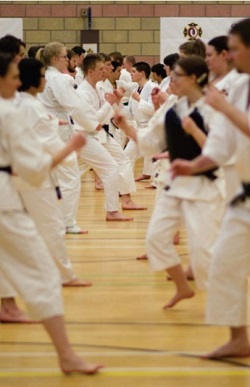 Kenshi from all over the UK training together and enjoying Shorinji Kempo. 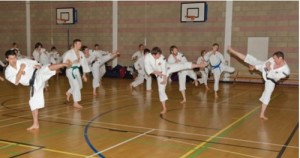 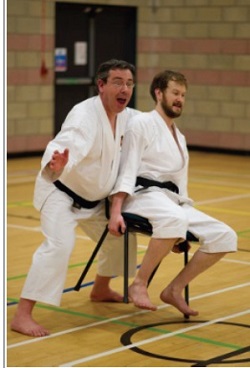 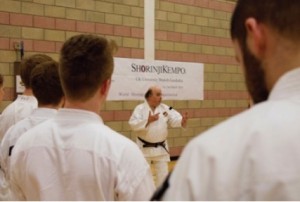 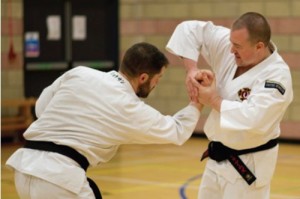 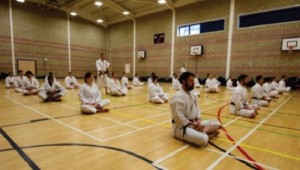 A formal photograph of all participants.

Every year there is a commemorative t-shirt for the University Branch Gasshuku and
this year it was a very lovely blue one. 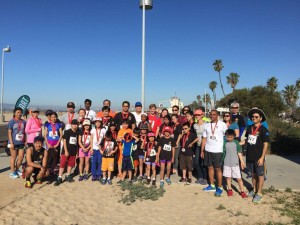 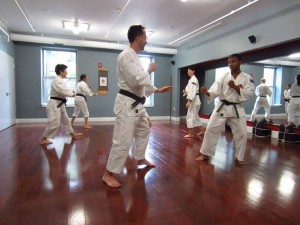 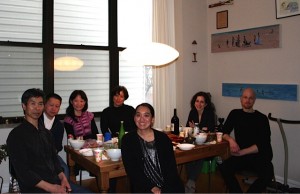 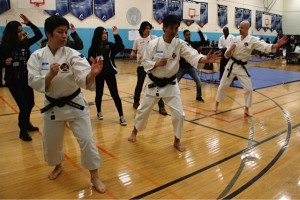 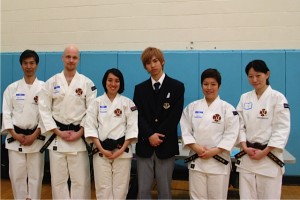